Friday, July 30, 2004
Big Fish with Dinosaur Bones Well, I know I posted the pictures of vacation, but I haven't written too much about some of the things that happened on vacation. First of all, the title of this post comes from what Ethan called me one day. He kept looking at my hair which I had in two braids and he said, "dinosaur bones." It took us awhile to figure out what he was saying, then he said, "big fish with dinosaur bones." We thought it was a really funny thing for him to say.

Also, Ethan and Austin added to the weird things that they like to do together. We ate at a Mexican restaurant and for some reason, they each started taking one chip at a time and shaking them at each other, saying "mmm... good chip." They are also always making strange noises and faces at each other and Austin taught Ethan to "sing" the song from Jaws.

Also, Ethan loved the beach. The day we got there we went down to the beach and he immediately loved all of the sand and just started jumping in the water. He would laugh really loud even when the waves nearly knocked him down. We have the cutest video of it.

Also, a typical Campbell-style vacation mishap took place the day before my dad was flying back to Atlanta; my mom's car broke down on the way back from playing mini-golf. Actually it made it back to the house, but barely. Jake had to drive with the brights on and the radio and air off. Apparently when they noticed something was wrong Ethan started saying "what, Daddy? What?" until he fell asleep. Luckily it happened on a Thursday night and AAA recommended a repair place that replaced the alternator on Friday. Anyway, it added to our great vacation video to see the car being towed away and Ethan waving saying, "bye-bye car."

Also, I think it was Friday night that these flies, which I'm sure were the spawn of Satan, started attacking us. They kept landing on all of us, but I think only my mom and I really were bitten. I didn't really notice until late Saturday night that I had three really itchy swollen bites on me. Two on my ankle and one on my index finger right below the bottom of my fingernail. Anyway they sting and itch like crazy!!!! Here's a picture of one of the little devils...

And here is the bite on my finger after a whole week (I don't have a telephoto lens, so I don't know how well you can see it).

Wednesday, July 28, 2004
Getting better... Okay, I'm feeling much better now. I was in a funk yesterday and most of today, but I'm okay now. Austin and I watched some TV and took a nap which really cheered me up. I think I was just a little stressed about some stuff, but I think it has melted away. Post-vacation blues are gone.

Sunday, July 25, 2004
Rosemary Beach Here are some of our pictures from our vacation from this last week. If you want to see the rest of them, you can go to these links:

These pictures were taken while we played mini golf. Ethan would hit the ball once from the tee, then pick it up and bring it close to the hole to hit it in. 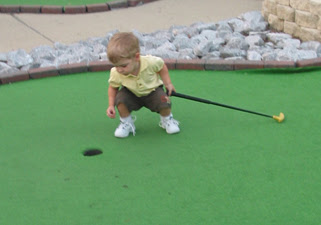 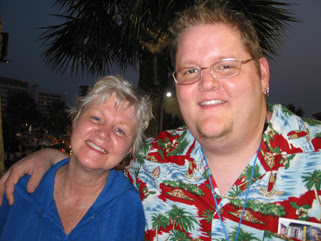 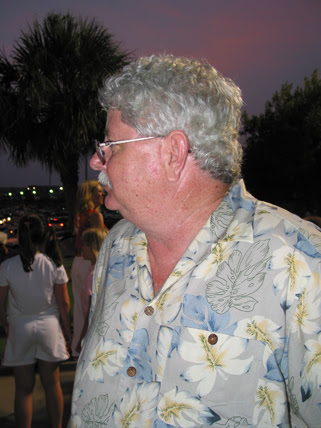 And here's Ethan on a carousel 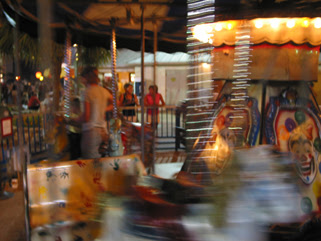 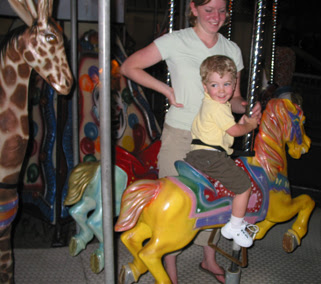 Can you believe this house???!!!! It was just down the street from where we were staying.

Here we are at the beach 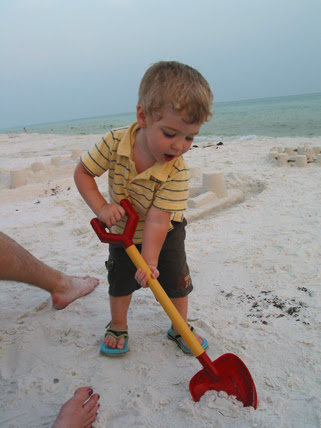 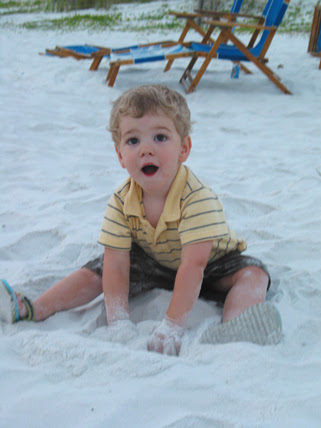 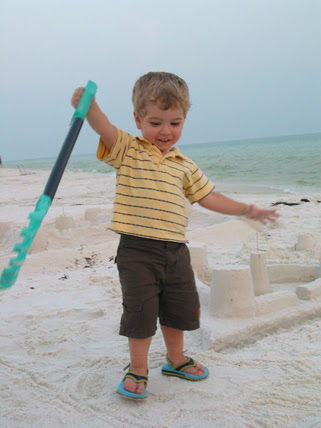 Wiping the sand on Nanny... 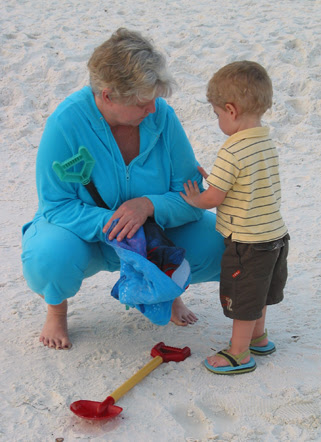 Looking for sandcrabs with Mama... 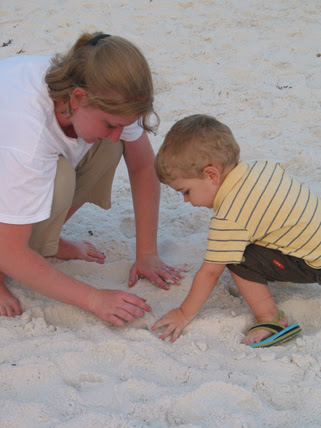 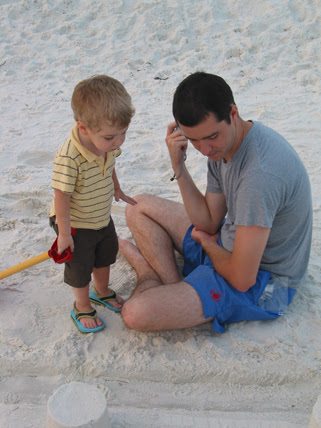 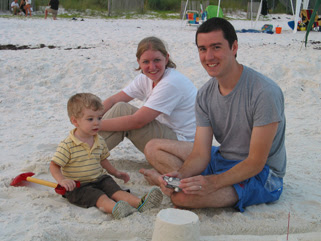 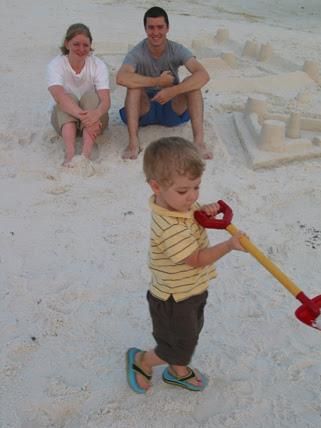 Ethan held this itty bitty crab in his hand 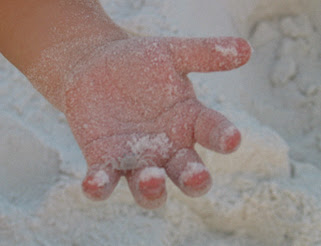 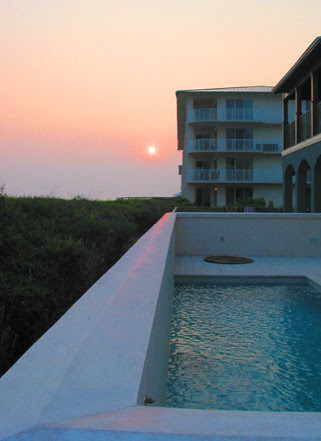 This was the house where we stayed. It was beautiful. It was called "Absolute Bliss" 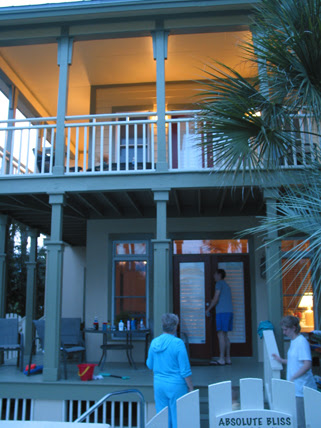 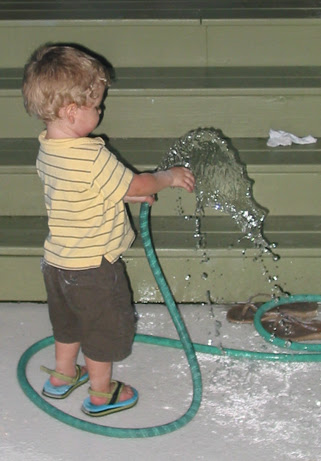 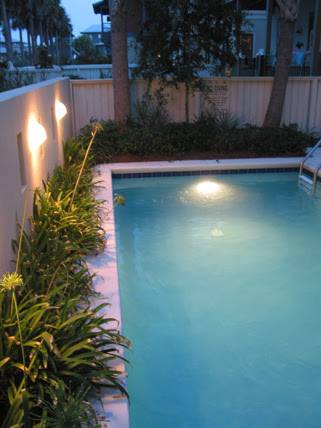 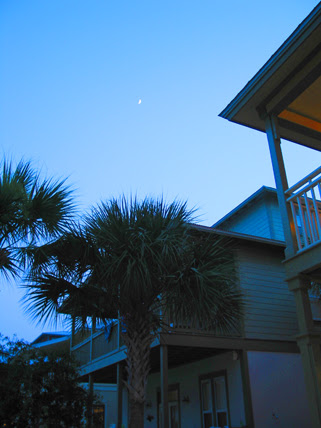 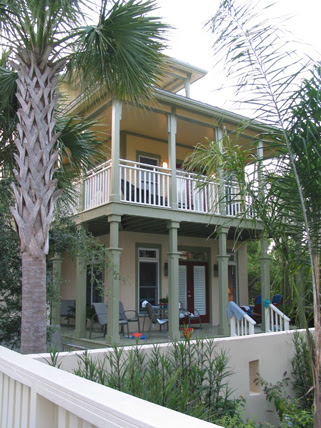 We felt a little uneasy driving behind this guy... 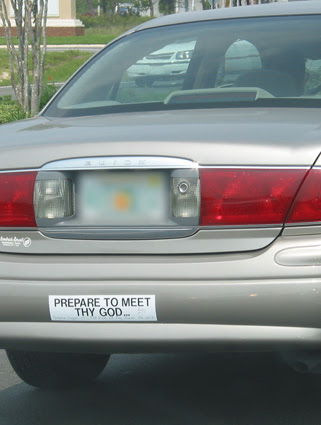 Thursday, July 15, 2004
Fall will be here before we know it... Here is the UGA football schedule. I'm getting excited! 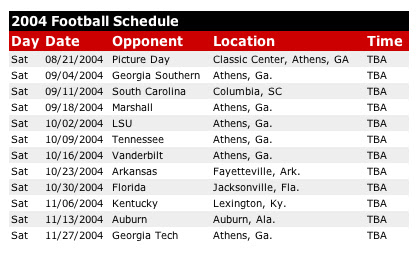 Monday, July 12, 2004
Movies We went and saw Anchorman this weekend, which we thought was hilarious. Like any other comedy like that it was kind of dumb, but really funny. We also watched some netflix movies. Changing Lanes was okay - kind of an irritating movie, but entertaining. You just want to hit Ben Affleck and Samuel Jackson over the head and say "don't do that! You aren't making the right decisions at all!!" House of Sand and Fog was really good. It was like Shakespearian tradgedy. Oh, and we saw Spiderman 2 last weekend which was really fun!

Friday, July 09, 2004
Chris' Website Lillian Christian "Chris" Bolton's website is up. In case you don't remember who she is, here's a picture from when she appeared on my website... 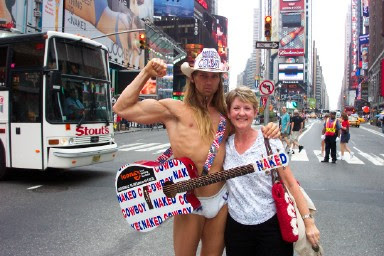 Wednesday, July 07, 2004
It has been a year now I started Fried Okra on July 3rd of last year. Since then there have been 97,487 successful requests for pages on my website. On average about there are about 286 requests per day. Thanks to my photos of Ashley's wedding, the busiest month so far was April of this year and the busiest week was the week of April 4th. Most people look at my site on Wednesday. In the last month people found my site by searching for these phrases:

And this picture seems to be the most downloaded and linked photo from my webpage so far: 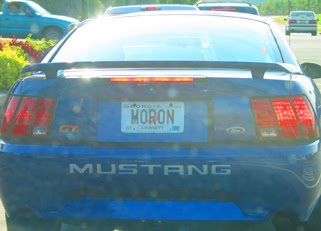 Tuesday, July 06, 2004
Fourth of July weekend I had such a wonderful weekend. I know it would have been fun to do something really cool like go down to Lenox with Amanda and Corinne. But Austin and I had such a wonderful time with our nephew over at Becca and Jake's house. It just ended up being us, Becca, Jake and Sergio cooking out and playing with Ethan. I just love him. He is still very much into Peter Pan and he kept playing with this squishy blue spider ("pider" as he calls it) that sticks to walls and climbs down them. Then Monday, Austin had Jake and Sergio over to play video games and Becca, mom and I took Ethan over to see my grandparents (great maw maw maw and great paw paw paw as he called them). 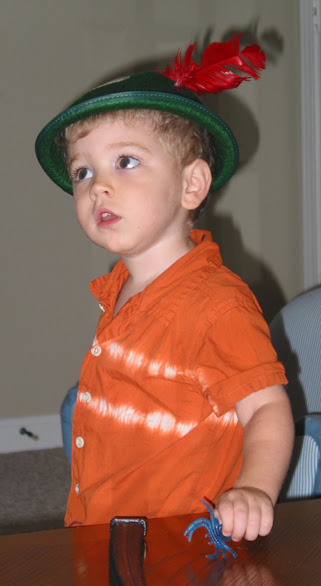 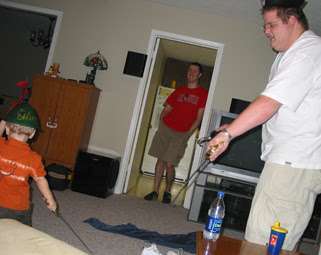 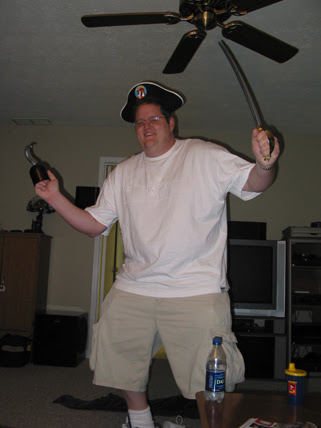 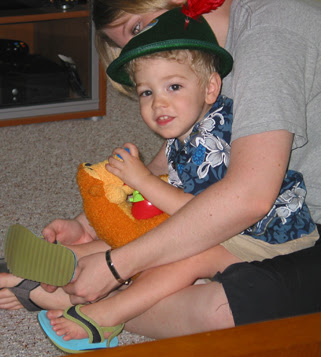 We ran across this word in the TiVo description of a Don Knotts movie called The Shakiest Gun in the West. We had to look it up in the dictionary and thought the definition, word origin and synonyms were really funny.

Word History: An indication of the effect on the English language of popular culture is the adoption of names from the comic strips as English words. Casper Milquetoast, created by Harold Webster in 1924, was a timid and retiring man named for a timid food. The first instance of milquetoast as a common noun is found in the mid-1930s. Milquetoast thus joins the ranks of other such words, including sad sack, from a blundering army private invented by George Baker in 1942, and Wimpy, from J. Wellington Wimpy in the Popeye comic strip, which became a trade name for a hamburger. If we look to a related form of popular culture, the animated cartoon, we must of course acknowledge Mickey Mouse, which has become a slang term for something that is easy, insignificant, small-time, worthless, or petty.